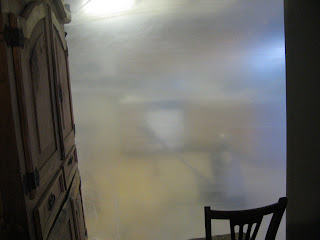 Here is the Kitchen all shrink wrapped.  JK  It kind of looks like it is though.  HH (Handsome Hubby) trying to keep as much dust contained to the Kitchen as possible.  We are ready to start refinishing the floor. And by we I mean Him! 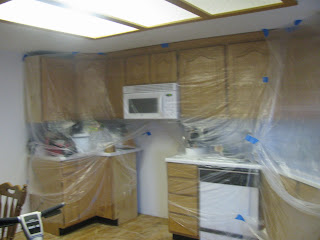 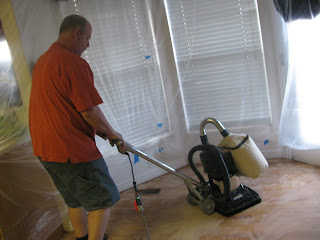 There is the HH in action.  This may look like an easy task but it took way longer than we thought it would.  HH ended up having to go back to work (he was attempting this on his vacation week)  so once he was back to work, progress was sloooow.  It actually took about 4 weeks to get the kitchen all put back together but it was so worth the wait. 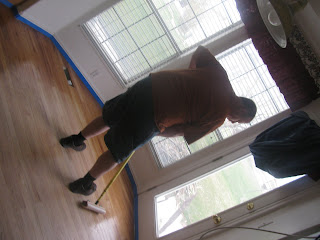 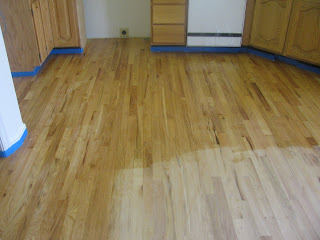 Taa Daa here it is finished.  We still have to remove the painters tape and move the appliances back in, but IT"S done.  I think he did an awesome job, Don't you?  He is way to critical of his work but I think it's fabulous.
Well that's one project done.  On to the next.  Don't tell HH, we're gonna have to ease into it.  Shhhhh!
Posted by Kayleen at 10:48 PM 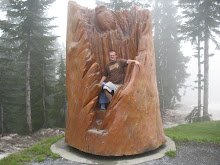 These are my people